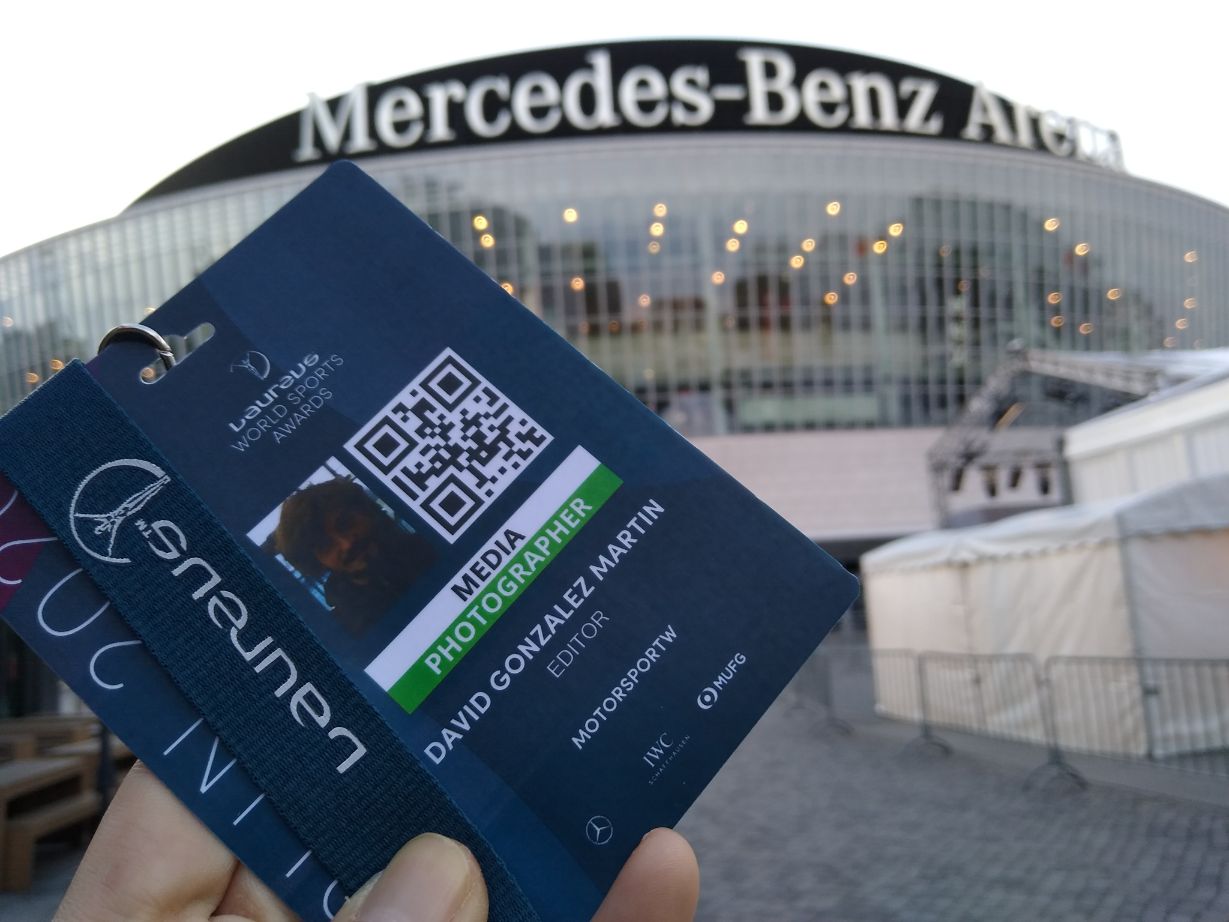 Last 17th February I had the chance to attend to Laureus World Sports Awards, it was happening in Berlin, fastly I ask for accreditation to be in the event. After so many years watching it by press and TV all this stars meeting sharing the values and effort during the year, this time it could be me to attend in real in the media center of Mercedes Benz Building

The big surprise for me to know some candidates would be Lewis Hamilton, so to be close to the idol would be an extra, but as well Mercedes F1 Team or Sofia Floersch coming back from her injury in Macao. A lot of nominees involved in motorsport

Sadly I could not attend to red carpet so I was not able to take photos of all nominees and winners, it was also nice to see the atmosphere around Verti Building and glamour red carpet with a special Mercedes EOQ in the door, anyway I had the chance to be in media center with more colleagues and wait for the stars there showing the value of their years and their values into sport among their careers

Sofia Floersch was the first one to appear, after her crash in Macao with the F3, she has come back and stronger than ever, learning from the past, a remark the help from motorsport family that they helped her in all the time, especially thanks to Mercedes team. Her crash was quite important physically but the importance to be alive and enjoy what you do make her come back and have plans for the next season to be in the formula even bigger events for this year, like 24h Lemans and full F3 calendar. She had a smile all the time that makes me remember the same smile from Maria de Villota, power and strength to get your limits and overcome them

Afterward Dirk Nowitzki, a Laureus prize for all his career in NBA and German team. He remarked the hard job to get into the top, but the hardest part is after you achieve the place to stay there, that´s the biggest challenge, and continue putting new goals every year, getting the motivation to performance to the biggest level even the injuries and other problems come into you. He was happy to defend Germany team and to be into NBA during more than 20 years in a league when the average time a basketball player career is 3 years and a half

And finally South Africa Rugby Team, won the team prize, as they won the world cup when nobody believed in them, and they made the goal fully focus in a mix of culture, supporting each other in bad times and getting stronger. As far they made that anyone came to the stadium to see them and change this into the unity of the country, no matter their background. They gave a great atmosphere to these events and very strong commitment to represent their country and with faith to make among sports that people can join together and unite

Hoping to attend to the next event next year and continue spreading the word of this awards #sportunitedus it was a truly awesome event where I could be close to the stars I always see on TV but the best to learn from them, truly inspiring lessons to learn and become after this event, with the energy that EVERYTHING IS POSSIBLE. So let´s do it!!